But Alan Bennett, a professor of plant sciences at UC Davis and a leader of the maize research project, dismisses that contention, saying his team worked in good faith, enlisted the participation of the Totontopec community, and followed the guidelines of the Nagoya Protocol. “We really crafted something that I would be proud of,” Bennett said in an interview, while acknowledging he had not seen the final version of the agreement. “We’ve worked hand in hand with the Mexican community on this research,” said a spokeswoman for Mars.

The UC Davis/Mars researchers exported maize samples from Mexico for at least nine years before receiving a permit from the Mexican government in 2015. Bennett said that the U. S. side did not believe it was necessary to consult with the federal government because indigenous communities are autonomous under the Mexican Constitution.

Mexico has no legal procedure that regulates how to consult and compensate communities, and in the absence of national legislation, companies have significant leeway. “It’s a failure on the part of Nagoya and it’s a failure on the part of the Mexican government,” says Jack Kloppenburg, a seed expert at the University of Wisconsin. “If both parties are allowed to operate this way, the whole exercise is pointless… …Nagoya is legitimizing biopiracy.

Alejandro Ruiz García, an agronomist from Guelatao, Oaxaca who accompanied Hallberg to Totontepec in 1992, thinks that other communities that grow olotón should also have a say in the future commercialization of the corn and share in any profits. “This is part of our cultural and agricultural heritage,” he said. “The debate is just getting started.

How seeds from war-torn Syria could help save American wheat. Read more. In the meantime, as U. S. researchers continue the daunting task of attempting to transfer the nitrogen-fixing genetic trait to commercial corn varieties, the farmers of Oaxaca will keep on planting their miracle maize as they have for thousands of years.

Laurent Gaberell of the Swiss non-profit Public Eye says that the International Treaty on Plant Genetic Resources for Food and Agriculture, a parallel agreement to Nagoya, is meant to regulate access to staple crops that are spread across many communities.

Indeed, Totontepec’s maize is a reminder that the policies meant to safeguard the genetic resources of indigenous communities, in Mexico and around the world, are very much a work in progress.

And, not least, when a valuable plant is found throughout a region, is it fair for a single village such as Totontepec to reap financial benefits from its maize while neighboring communities with identical or similar maize receive nothing?

Advocates for indigenous communities say it’s important that they have access to third-party mediators to ensure they are fully informed and their rights safeguarded. “In any negotiation when you have parties that have very different resources and unequal access to information, it is helpful to have independent parties that can provide support or mediation,” says Maria Julia Oliva, of the non-profit Union for Ethical BioTrade.

A preliminary version of the access and benefits-sharing agreement, which was seen by Yale Environment 360 and the Food & Environment Reporting Network, says UC Davis holds patent rights and that net income from any patent royalties would be shared 50-50 with the Totontepec community.

Victor Suárez, a long-time leader in farmer organizations in Mexico, is now sub-secretary in the newly created office of Food Self-Sufficiency. “In this new government, we are not going to allow policies to continue that privatize genetic resources of our population, especially collective resources of indigenous communities,” he said in an interview.

Shapiro referred to Totontepec as the “centerpiece” of the region and said the community had long “shared its material with other communities,” though there is no research indicating that the aerial root-producing olotón originated in Totontepec.

The UC Davis/Mars researchers received a certificate of compliance with the Nagoya Protocol, an international agreement aimed at compensating indigenous communities for their biological resources and traditional knowledge.

Who Owns The Rights To Mexico's 'Wonder' Plant? https://t.co/MMOq51fBma 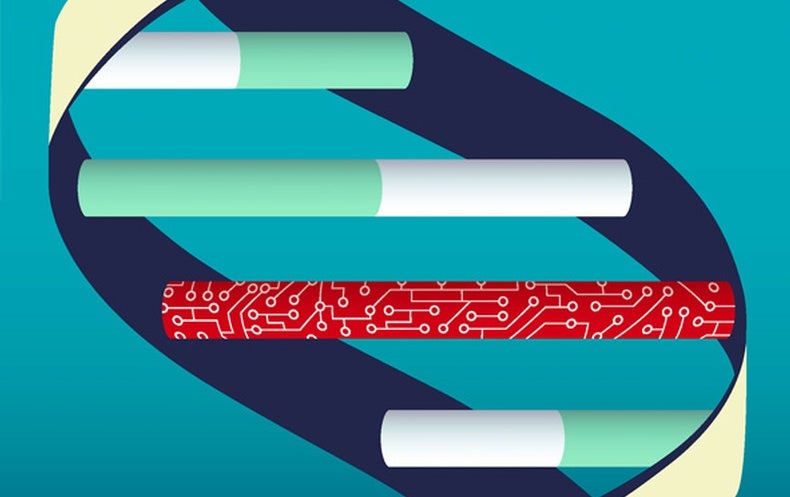 DNA Data Storage Is Closer Than You Think