By detecting when one caller blinked during the call, SamKnows was able to ascertain that Zoom was about three video frames behind Google Meet on that same call. “These small differences may account for users accidentally talking over one another more frequently when using Zoom, and other similarly small frustrations that are due to increased delay,” the SamKnows report claims. “It is also worth noting that our test call used two users in London, which both had a latency of ~135ms to Zoom’s U. S. servers.

While all of Zoom’s closest rivals had latency of between 20-30 milliseconds, Zoom had an average latency of around 135 milliseconds—roughly five to six times worse than its rivals. “Most of the services have latency between 20ms and 30ms,” the SamKnows report states. “Traceroutes to their IP addresses show hosting locations varying between the U. K. , Ireland, Amsterdam and Frankfurt.

To see what effect the additional latency would have on call performance, SamKnows recorded a video call between made between two users in London, using both Zoom and Google Meet simultaneously.

The study conducted by SamKnows—which performs network testing for many British broadband providers and telecoms regulators—assessed the performance of several leading videoconferencing services, including Zoom, Skype, Google Meet and others.

Why you should avoid Zoom for international video calls https://t.co/89tgFvl3IV by @bazzacollins 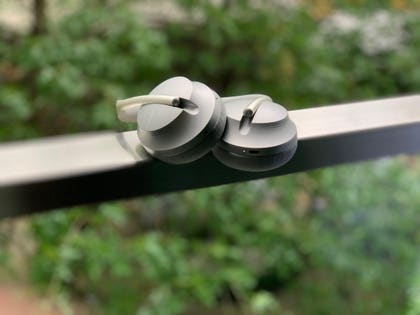