Mary Elizabeth Winstead tried to give Wendy depth. She really, really did. “By first ‘pre-consuming’ the movie in a synopsis or with one of our videos,” Janisse argues, “[timid fans] can not only go back and know when the scary parts are coming so they don’t have to worry about it, but also [when watching] a video like ours they can consume some of the symbolism or historical relevance that these movies have and begin to appreciate that. ” (Hearing this, I was reminded of the countless rabbit holes The Human Centipede’s Wikipedia page led me down; namely, detailed lists of films banned across the globe and why. “Movies do have layers to them,” Rebecca reiterates. “Not all obviously, but [either way] acknowledging that helps promote a wider understanding that horror as a genre has so much more to offer than people sometimes realize.

Although the “freak accident” element, introduced by other creative forces in the franchise, came to dominate Final Destination’s legacy, Reddick’s chilling perspective on the sudden, unavoidable nature of death would remain at the heart of the franchise’s successes. “I love the fun splatter stuff, but I also like trying to find a universal theme or fear that everybody can relate to and Final Destination did tap into that,” Reddick says, using Final Destination 2’s terrifying (and epic) pile-up sequence to make his point. “People still tell me, when they get behind a log truck on the highway, they still wonder, ‘Is this my time to die? ’ I don’t know if a lot of films have had that kind of impact.

It’s a format that’s worked especially well with 2000s content, declawing some of the decade’s more gruesome moments and refocusing critical discussion on films’ influences, merits, and, when appropriate, failings. “If someone is not inclined to like horror off the bat, when they sit down to watch a horror movie they might be guarded,” Janisse adds. “If they’re worried the whole time about the next scare that’s going to happen, that can kind of distract them from experiencing the movie as a work of art.

At the same time as I and so many other 2000s horror fans were burying our heads in Wikipedia and avoiding gruesome promotional materials depicting pretty ladies in agony — like the brutal Captivity (2007) billboard that resulted in dozens of complaints being filed to Los Angeles and New York City public officials — Blumhouse Productions established itself as a low-budget powerhouse which would later make Insidious (2010), The Purge (2013), Get Out (2017), and Happy Death Day (2017.

More than a throwaway decade of misguided creativity, the 2000s provided tremendous opportunity for horror of both style and substance. “It was this 10-year stretch where franchising was repopularized following Scream and I Know What You Did Last Summer, so studios put these casts of impossibly sexy people in horror,” Crucchiola explains. “These weren’t movies that actors were doing because they were ‘on their way out. ’ They were doing these because they were super fucking popular in Hollywood and [horror movies] were a money-making event.

Los Angeles-based writer and horror aficionado Jordan Crucchiola, however, takes a different stance on the decade. “I honestly miss it,” she laughs, remembering a time marked not only by unprecedented gore, nudity, remakes, and sequels, but also by a slew of trends that would lay the groundwork for genre triumphs of the 2010s. “It was and still is the era of ‘tank top horror,’” Crucchiola says of a decade that saw Americans enjoying the last vestiges of the MTV era while grappling with terrorism-infused cynicism.

Discussing the flammability of two girls killed off in Final Destination 3 (2006), franchise creator Jeffrey Reddick concedes 2000s horror sometimes went too far. “My least favorite scene of the franchise is actually that tanning booth,” Reddick says, acknowledging its status as a favorite among fans. “I have no problem with nudity, but I felt squirmy watching that.

This resulted in writers and directors actively putting unspeakable atrocities into their scripts and forcing characters to grapple with them on screen, seemingly in an effort to explore the country’s profound undercurrent of guilt, mistrust, and, of course, horror artistically. “We had this perspective shift where we said, ‘People are capable of horrors previously unimagined, and we’re seeing them on the news with these very real leaked images that are now flowing among our nation showing what the government, the people we are supposed to trust, are capable of enacting on others,” Crucchiola explains.

"What’s different is everyone has their own tolerance for where that stops being fun and where that starts being actually horrible. “I can’t think of another genre where this works as well,” Rebecca says over the phone, admiring horror movies’ ability to transfix audiences even when boiled down to their most basic elements. “We’re human, and to some extent, we all like to be scared in at least some kind of way.

In defense of 2000s horror, an age of torture, tank tops, and Wikipedia https://t.co/vuUfTXoKTy pic.twitter.com/Npajdcee0d 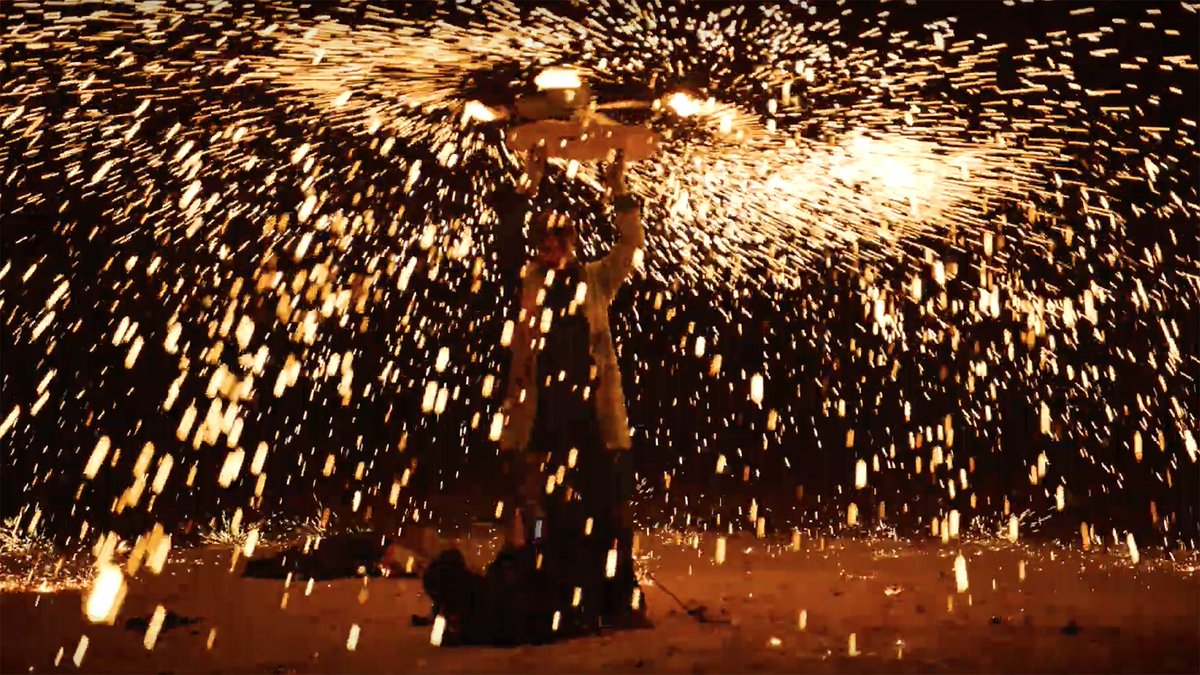 Man stands beneath a shower of spinning sparks in extreme slow

Screenless Sundays or Tech Shabbat? Time to add one (or both) to your life.

Everything coming to HBO Max in September 2020