I think the only definite clue we have is the one from Luca Maestri, that the iPhones, and by extension Apple Watch and iPads, will be released a few weeks later this year and I’m sticking to October 9 or 16 as most likely for the days you’ll be able to buy Apple’s latest products.

Jon Prosser of Front Page Tech has never been wrong about an announcement date, and his feeling, which contradicts Gurman, is that a new iPad or two and a new Apple Watch could be announced by press release or on the Apple website on Tuesday, 8 September.

For sure, that’s a lot to squeeze into one event, and Apple often has two big events in the Fall, so it’s possible there could be one for iPhone and Apple Watch, say, and another for iPad, Apple TV, AirTags (device tracker tags), and over-ear AirPod headphones.

It could leave a longer gap between announcement and release, so the event could be as soon as September 22, but Apple likes to keep the momentum of the announcement aloft and a longer delay might not help that.

In every year since the iPhone 5, it’s been revealed in early September.

Many said that Apple would be doomed by its refusal to include 5G in the iPhone 11, but since sales figures have been booming, that obviously hasn’t proved true.

That’s exactly the time of year Apple usually announces its events, but it doesn’t need to do so quite so early this time, not least because there’s no need for any press to make their way to Cupertino.

My only hesitation about all this is that iPadOS 14 and watchOS 7 aren’t here yet, and as both products will make the most of the new software, it’s perhaps more likely that Apple will hold back its announcement of new products until the software is ready. 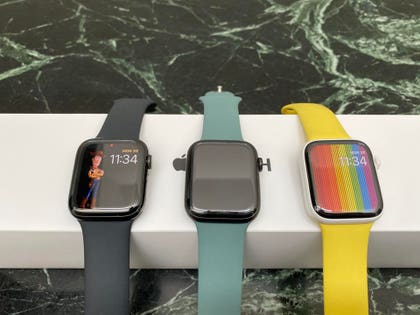 Apple Watch Could Mean You Can Forget All Your Passwords