The Chinese government announced its own global data security initiative on Tuesday outlining issues that include handling of personal data and surveillance, in a move that aims to counter the Trump administration’s “Clean Network” initiative which intends to exclude Chinese network equipment, software and services from internet infrastructure used by the U. S. and other nations.

Wang also urged governments to respect countries’ sovereignty over their own internet, in line with Beijing’s view on exercising full control over the internet within its borders. Last month the U. S. government directly targeted the Chinese government and its tech companies through its “Clean Network” initiative, which calls for “safeguarding the nation’s assets including citizens’ privacy and companies’ most sensitive information from aggressive intrusions by malign actors, such as the Chinese Communist Party.

The initiative, announced by Chinese Foreign Minister Wang Yi, will focus on stopping the use of technology to impair critical infrastructure or steal data from other nations, and making sure service providers don’t install backdoors in their products and illegally obtain user data.

In a veiled attack on Washington’s actions against Chinese tech firms, Wang said: "A certain country keeps making groundless accusations against others in the name of a ‘clean’ network and uses security as a pretext to prey on enterprises of other countries that have a competitive edge.

In recent months, the Trump administration has cracked down on Chinese tech platforms like TikTok and WeChat, accusing them of sharing private user data of U. S. citizens with the Chinese government and its military. 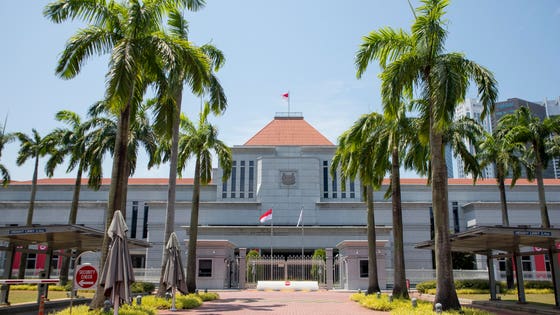 After Eating An Infected Marmot, A Mongolian Teenager Dies Of Bubonic Plague