Digital lidar is a type of solid-state lidar, and Ouster’s approach uses a combination of two custom chips to create multi-beam flash lidar to develop higher resolution and reliability at a lower cost, according to the company. “Digital CMOS technology is the future of lidar and Ouster was the first to invent, build, patent, and commercialize digital lidar,” said Angus Pacala, CEO of Ouster, in a news release. “Once our customers experience the resolution and reliability of these sensors at an affordable price, there’s no turning back to legacy analog lidar.

The company won’t share its production numbers for competitive reasons, but says it booked in 2020 “several thousand sensors,” and also says its growing at a faster rate year over year compared to the revenue numbers found in recent IPO filings by Luminar and industry stalwart Velodyne. “In absolute numbers, we’re projected to finish the year around a similar revenue number as Luminar, and about one-third the size of Velodyne—pretty incredible for only having been selling sensors for about 20 months versus more than 10 years for Velodyne,” says Derek Frome, Director of Marketing for Ouster. Yes, There Are Sharks By New York And New Jersey 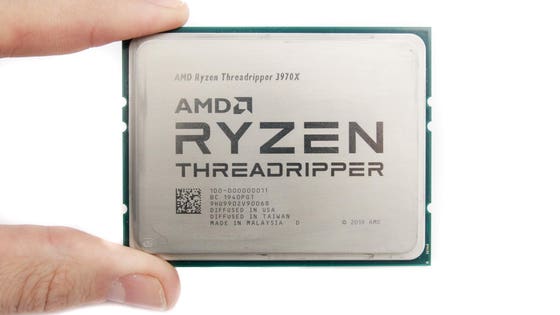 AMD Threadripper 3970X And 3960X Review: An Exercise In How To Dominate The Desktop PC Processor Market